Should you feed raccoons in the neighborhood?

It's fun to feed raccoons. They will eat pet food right out of a bowl, and they will be cute about it. They sit there, with their little hands, and they pick up the food, and it's fun. They will eat almost anything, and if there's water nearby, they might dunk the food in the water. They'll come back every night for your viewing pleasure. Great, right? 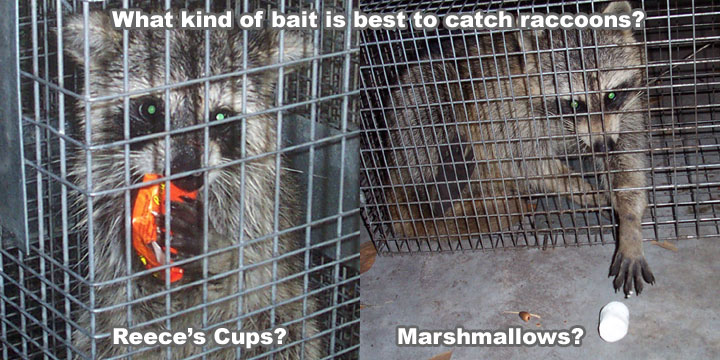 OVERPOPULATION: While it may be fun to feed raccoons, it's not a nice thing to do. The problem is that in the natural environment (that means your neighborhood), there is only a certain amount of food for each animal. If you put extra food outside, the animals will eat it, and they will grow plump and healthy and more of their babies will survive, etc. But the problem is that if the food ever stops (and are you really going to put out food EVERY DAY for years?) there will not be enough other food to sustain these animals, who have made a habit of visiting your house, and now they will start to starve, they will compete with other animals, and all of the animals will suffer.

Learn more: Do raccoons use tools?

LOSE FEAR OF HUMANS: Also, you've now trained a raccoon to seek out people for food. You stand a much greater risk of raccoons tearing into your roof or soffit, and trying to nest there.

SPREAD DISEASES: Also, increasing the animal population in an area, due to feeding, means more crowding and spread of disease, particularly when the food supply is erratic or stops.

I highly recommend against feeding raccoons, either on purpose, or by accident, such as via pet food or open garbage cans. In some cases of agressive raccoon feeding, I've seen full-on raccoon infestations with dozens of needy animals fighting for scraps. Read more about Do raccoons attack people? 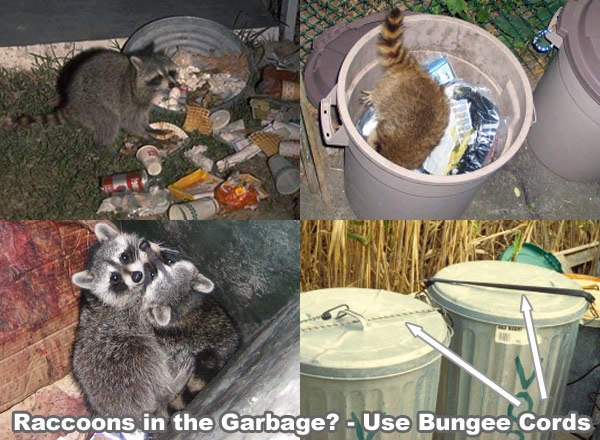 Raccoon prevention - Yes, you can prevent raccoons from entering your home, but you’re not going to accomplish it with any commercial products. Ignore all the advertising on chemical sprays, sound makers, ultrasonic emitters, and sulfur bombs; this is just a waste of money. If there’s a hole in your home, the raccoon can get in. You need to keep up with the exterior of your building if you want to be free of nuisance animals. This is true for all pest creatures. It only takes one hole, large enough to squeeze through or widen with force, for an animal to invade your house. If you’ve already taken the steps to fortify your home, you can turn your attention to the property. Do not feed raccoons: leaving out items like compost, pet food, fallen fruit, and garbage bags will only encourage wildlife to investigate your property. Few animals will turn their noses up at a free meal, and a raccoon is no exception. This particular animal will even teach itself how to undo latches and open containers. Avoid tempting raccoons. Keep your garbage inside until the last possible moment. If you must keep compost, do so in a special composting barrel. Keep pet food inside, and clean up from your fruit-bearing plants regularly.

Below is another reader email, in which the person had to feed a raccoon trapped inside!

Having looked up Wisconsin's laws regarding the disposition of trapped nuisance animals I plan to call the company listed in your directory in the Milwaukee area as soon as I think someone is there to answer the phone. It's 5:00 AM and I'm trying to lure the brats into just leaving by opening the door to the upstairs and the outside door. I don't really have hope of this working, but it'd be cheaper than hiring trappers. I just hope this type of service isn't horribly expensive. These raccoons have already cost me $70 for new ducts and $120 because the cheap airfare I got for flying back to Florida from Wisconsin was no long available when I realized they were trapped in the attic/upstairs and I had to change my flight to stay and resolve the problem -- and using up another week of vacation time from work while this is taken care of. Some people have bats in their belfry--I have raccoons in my attic!

We had holes in our roof and before having them fixed and a new roof put on I tried very hard to make sure there weren't any raccoons in the house. The roofers looked in when they patched the holes and I went up and crawled around and didn't see any recent evidence except for the torn up ductwork. Not even any scat. (See, my Saturday morning animal shows paid off regarding my using the technically correct term.) I figured they had been in there because the neighbors saw them, but I thought they'd left with all the activity. I didn't hear anything for at least 4 days and then I thought it was coming from the roof while they were looking for another way in. But then I heard noises definitely coming from the upstairs apartment. Growls and yapping like a dog and stuff thrown around. When I finally got the courage to go up and look, there were pawprints on the glass of the door leading to one of the apartments. No one has lived up there in a long time so when we had had another leak patched awhile ago it had already ruined the drywall ceiling up there and the plaster ceiling on the downstairs. I concentrated on redoing the downstairs and didn't bother with the upstairs, leaving a hole in the ceiling to the attic. It turns out that was a good thing. I've been able to give them food and water while deciding how to get them out. I finally saw one the other day as it walked away from the food dish, sauntered to the stove, climbed to the top of the fridge, turned around and gave me a look like, "I WAS eating," and disappeared into the hole in the ceiling. I didn't realize at first that the floor in the attic doesn't actually touch the roof, allowing them to access the space between the roof and ceiling where the ceiling joists are.

I haven't heard any chattering (I say chittering) from babies, but maybe that's because the mother isn't gone long enough for them to get upset. I was hoping the one I saw was too young to have babies. By Florida standards she's maybe only 1/2 grown and I didn't get a good enough look at the right angle to see if she (?) was lactating. But on the off chance there are babies up there, it is now beyond my desire to do this myself. A friend does have live traps and the raccoons are used to the free meals of cat food so I probably could get them in a cage, but hunting around for babies is my limit.

I've been inadvertantly feeding raccoons and possums in Florida for years because I have 2 feral cats which I feed outside and I have video on my phone of the mother bringing the babies. But the only time I heard growling was when a LARGE male came in chasing them all. The one in my attic is definitely growly and aggressive. Maybe another reason to "call in the pros".

In going forward, you say there is no way to deter these adorable creatures. However, are they strong enough to tear out a solid 1"x6"? As I mentioned, we just had a new roof put on and any weak wood replaced. The only thing I'm worried about otherwise is the vents the roofers put in. I had them put the mesh used under plaster across the chimney and hold it in with tapcons. Now I'm thinking about using the same thing on the attic side of the roof where they cut the boards for the vents since there are just openings under the vents themselves. I just have to be sure to use short enough screws to not puncture the shingles.

Again, just thought my little saga might amuse you. Thank you for what you do and for the website with all the great info. I might have ended up with the horrible trappers that one person wrote you about.