Do raccoons use tools?

It is one thing when some of your regular home visitors, in this case raccoons, come over during the night and make away with food in the garden. It is a totally different thing altogether when they use their famed-break-in skills to access food from the pest feeders or even kitchens that have not been properly secured. Of all the most important distinguishing characteristics associated with raccoons – they best excel at the use of intelligence and high curiosity, their ability to tactfully employ their fore paws for different tasks as well as their increased sensitivity in the palms when it comes to detecting materials they are holding with them. 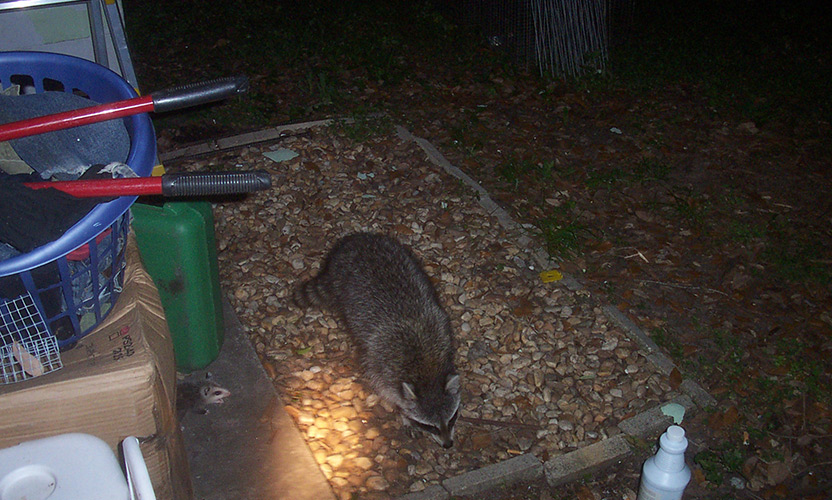 Raccoons are indicated to be an intelligent breed, but this goes far when they deploy their tool-manipulating skills in combination with their intelligence. Raccoons are highly credited for their highly sensitive forepaws – coming in with long, tapered fingers with a large number of senses in them, which allows them to collect information about the kind of thing they are in possession off because they can make further decisions on how best to use it. Their fore limbs have long fingers coupled with long nails.

However, raccoons lack an opposable thumb, but their redundant thumb is as well highly specialized that it can touch the centre of the palm. Raccoons, due to their lack of an opposable thumb, do not have the ability to manipulate tools in a complex and agile manner like other primates, but they have shown a remarkable skill in using both hands to hold and use objects for different purposes. Raccoons shown a remarkable skill when they deploy both of their and in acute manipulation of tools, which have earned them the coveted skill of break in to homes to steal foods, sneaking into cages to lift bags of food and even turning on the tap to have a drink after they have eaten to their fill.

One question that may still linger round is how the raccoons managed to develop this incredibly strong tactical forepaws. The answer is simple, raccoons were initially native to mixed forests where they lived along river banks, searching for their food under water and pulling out worms and other animals immersed in mud and silt. Over time and as they continuously used these paws, they were specially adapted to the act of getting them out, and that is how they managed to get superior fore-paws. Their hunting under water required that they have a good sensory ability to feel what qualified as food and what failed to qualify as food even before pulling it to the surface, and this is how they got to develop a large number of cells in the pals. Visit the Raccoons in the Attic home page to learn more about Do raccoons use tools.