Do Raccoons Chew on Wires in My Attic

I have a whole page of great photos of damage caused by raccoons in an attic, including duct, wood, & more wire damage. 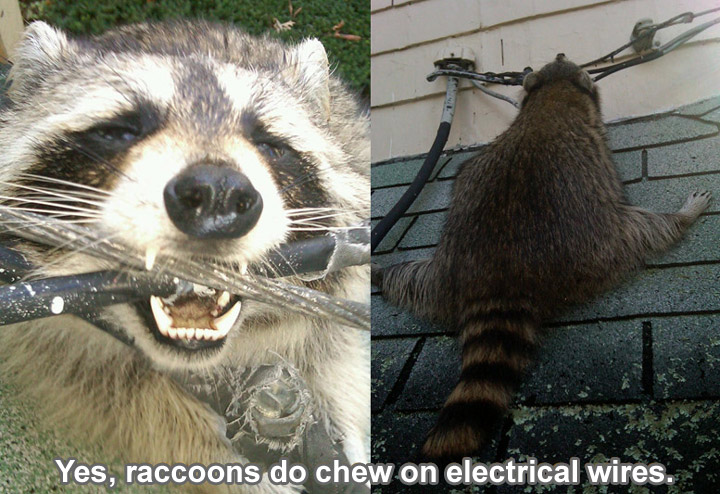 A raccoon is in my attic does insurance pay for the damage - This is sticky question to answer, and one that only your insurance agent can supply you with. That being said, most insurance companies will not pay for animal damage because it is seen as a direct result of homeowner neglect. Your insurance company wouldn’t pay to rebuild your house if you allowed it to deteriorate to that point. Pest animals can only get inside a home if there is damage to begin with. Damage doesn’t mean having huge, gaping holes; damage can be as simple as an unsealed opening in your floor jam. As the homeowner, it is generally considered your responsibility to keep your home in a state where it is livable and impervious to pest invaders. Of course, there are some exceptions. If a bear comes and decides to smash its paw into your window because it feels like it, your homeowner’s insurance will probably see that as an unpreventable act of nature. Do raccoons chew on wood in the attic? Yes they do. They also chew on electrical wires. They rip up ducts, and they can cause a lot of damage. In some cases, homeowner's insurance does pay for raccoon damage and attic cleanup. 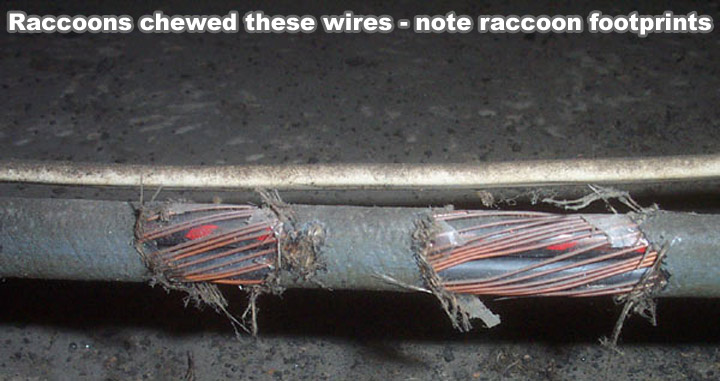 Attic restoration cost after raccoon - Any pest animal in your attic is going to cause damage. Raccoons do rip up ducts, they chew on wood, and they chew on electrical wires. There is no avoiding the cleanup that must take place after the animal is removed. Some homeowners feel they can take this project on themselves, and some homeowner don’t want to expose themselves to the hazards present in the contaminated attic. The costs involved with either scenario are probably similar. Though the professional will need to be paid, if you were to do it yourself you’d have to purchase HEPA gear. This means a protective jumpsuit, a respirator mask, gloves, goggles, and the special enzymatic cleaners that neutralize animal odors and liquid waste. It’s not going to be cheap, no matter how you wish to do it. The benefit of hiring someone is, of course, that you don’t have to take the time to do it yourself, and you’ll have the peace of mind that comes with knowing someone professional has seen to the task. You’ll also avoid the “cutting corners” that usually happens when trying to do it yourself. Cutting corners is one of the worst things you can do when cleaning an attic. Leaving soiled insulation because it is too expensive and time-consuming to replace is a huge health risk, yet it is something homeowners do all the time. Click here to learn everything about how to get rid of raccoons in the attic, from the web's best guide.


Wildlife Education - Information, Advice, and Techniques for the Safe Removal of Raccoons from Attics