How smart are raccoons?

Some scientific experiments conducted in the early 1900s on raccoons concluded that they are smarter than dogs and cats and have the intelligence level of some monkeys. The main reason raccoons attracted the attention of humans is that they have flourished in the face of human expansion as opposed to most wild animals who have suffered when humans expanded into their territory, raccoons just adapt to the new environment, even if it is urban high-rise, and carry on. Raccoons have been hunted by people for their fur and their meat, and that also kept them as pets, a lot of people decry them as agricultural pests and urban bandits. 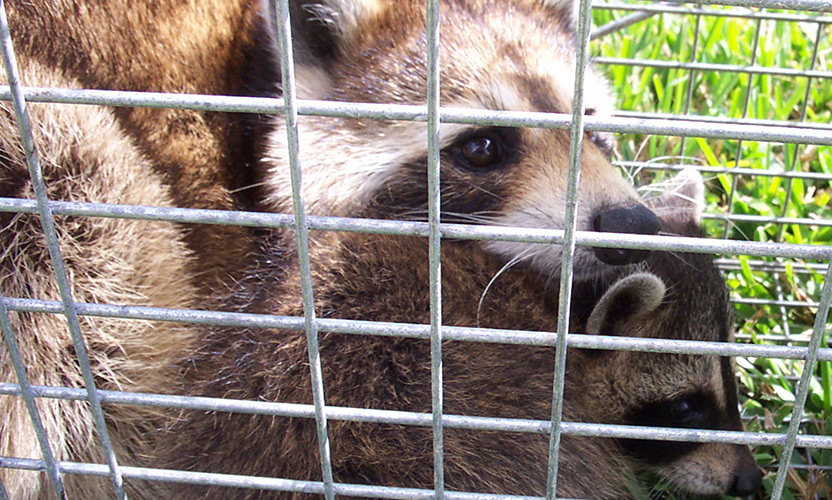 The species has three characteristics that are the main cause of the havoc they wreak, they are very cunning and mischievous as well as being highly curious, add those three things together and you have the recipe for a lovable furry creature that can be extremely destructive. One experiment was carried out on raccoons during the scientific trials almost a century ago was that raccoons were shown how to solve a puzzle box with the idea being, could the raccoon be taught the solution to the puzzle box. To the shock and surprise of the people conducting the experiments in almost every case the raccoons remembered the solution and could apply it to the correct puzzle box.

At the time this was hugely controversial as it showed a lot of things that raccoons could do, like remember and act on those memories, that were supposed to be unique to the human species. One scientist, Lawrence W Cole from the University of Oklahoma even stated in a paper that the raccoon possessed ideas derived from complex forms of mental association, a lot of people at the time argued that this was impossible because it was a God-given talent and not something that it evolved over time. If raccoons do possess this ability it represents learning ability in its purest form.

How smart are raccoons? It would depend on what you are comparing the raccoon to, can I raccoon outsmart an adult human, I would probably agree with the phrase, not a prayer, but can a raccoon outsmart a five-year-old, my answer would probably be maybe. Can a raccoon outsmart your dog or your cat, I would have to say yes but with the rider that it will depend on the dog because some dogs are highly intelligent whereas others are just idiots, as for the cat, they generally have one approach so if a raccoon has seen it once then it will figure out what it should do to get past the cat the second time they meet.